Getting Ready To Unveil 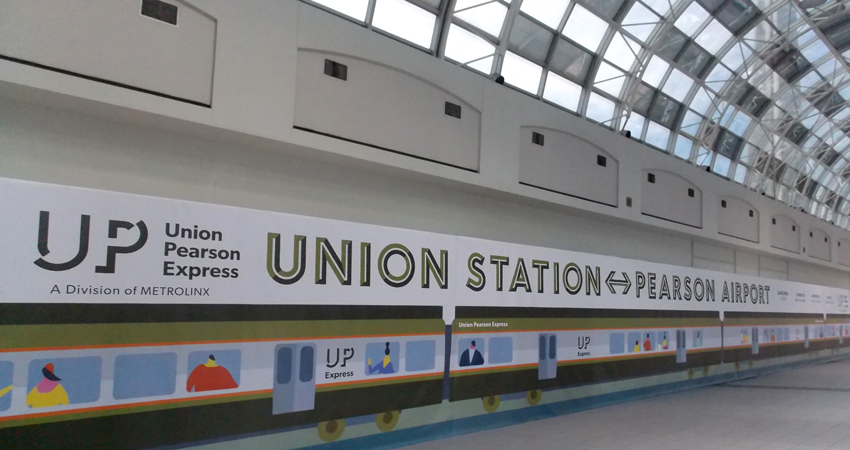 Getting Ready To Unveil

The City of Toronto is in crunch time. With roughly 6 months left until the beginning of the PanAm Games, Toronto still has a lot to accomplish in a short time. Many major (and overdue) infrastructure projects are set to complete this year, ideally before the games begin.

Starting this Spring the Union-Pearson Airport express train should be up and running. With trains running every 15min. Albeit, a bit pricey, this is a great direct route for Torontonians and tourists.

The Revitalization of Union Station is set to wrap up in the back half of 2015. For motorists, this should resolve some of the downtown congestion. Pedestrians will get their sidewalks back and transit users will experience new expanded platforms and improved underground  retail space.

Completion of the Leslie Street TTC yard will wrap up this year.  Not exactly the biggest TTC project underway in the city, but the completion of this barn will allow the city to grow their streetcar fleet servicing the downtown core.

West Don Lands neighbourhood. The developer here, might be sweating just a little. This is the site of the athletes village for the PanAM Games. Post games a little more work will be required as the buildings will be retrofitted for residential use.

Many waterfront condo dwellers will be celebrating the return of the Queens Quay Streetcar this year. A beautiful construction-free waterfront promenade should be unveiled by the end of the year.

Another big waterfront project set to complete this year is the pedestrian tunnel to the Toronto Island Airport. Although, a bit of a hike, even on the moving sidewalks, this tunnel will tremendously improve access to the airport. Business trips and quick getaways will get a little easier.

Finally, it was just announced that the Gardiner Expressway construction that has plagued the west end for the past year, will be complete 2 months earlier than expect and should be complete in time for the PanAm Games.

There are many projects still on the go around the city, many just beginning such as the Eglinton LRT. Others are still in discussion, like the revitalization of Ontario Place and what to do about the crumbling eastern section of the Gardiner Expressway. Major infrastructure projects are tough to implement and we all feel the impact during the construction phase. However, on completion, projects like these continue to push forward our cities world class reputation.